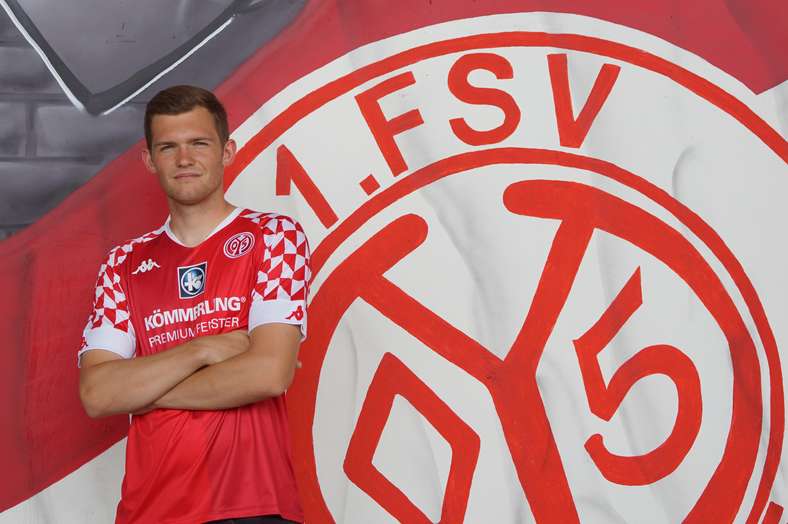 Mainz 05 have signed Germany U21 international Luca Kilian. The 20-year-old centre back has signed a four-year deal with the Zerofivers until 2024. Kilian joined the Borussia Dortmund academy in 2011 before making the move to SC Paderborn in summer 2019. He made 15 Bundesliga appearances and featured in two DFB-Pokal matches for SCP last season. The 1.92m tall centre back won the Youth Bundesliga with the Dortmund U19s in 2017, and has also been capped at the youth level for Germany. He is currently a key part of head coach Stefan Kuntz’s U21 squad. Kilian will wear the number 15 shirt while at Mainz.

“Luca Kilian fits perfectly to what we’re looking for: he is an immensely talented, highly trained German-speaking player who already has experience playing in the Bundesliga, despite his young age. We had a favourable opportunity to sign him, which we took in order to be well-equipped for the future,” said Mainz sporting director Rouven Schröder. “Luca is physically robust on the one hand but also has pace, in addition to a strong character. Despite his young age, he managed to become a key part of Paderborn’s starting lineup and was able to impress with strong performances. An injury was the only thing to slightly delay his development. We are pleased that he is ready to take on this challenge of firmly establishing himself in the Bundesliga with Mainz 05.”

“Mainz 05 are a great club and have established themselves in the Bundesliga over the last 12 years. Young players are given good options here. As was evident over the past years, the club relies on talents in the Bundesliga,” said Kilian. “I already know a few of my teammates as well: Gerrit Holtmann from Paderborn, Ridle Baku and Finn Dahmen from the Germany U21 squad. I’m excited that Mainz have given me the confidence to continue on my path in the Bundesliga and hope that I will be able to repay this confidence on the pitch soon.”