Bruma: “I can identify with that” 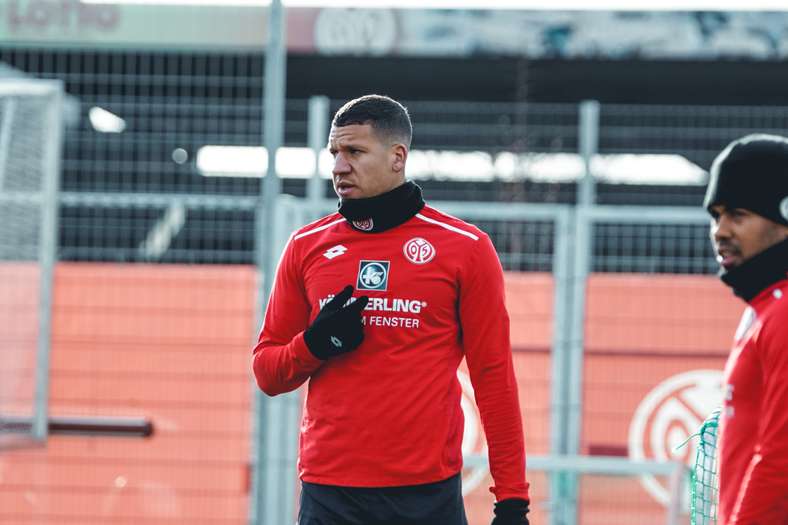 Jeffrey Bruma was Mainz's only winter signing this season.

As fate would have it, after making his successful debut for Mainz last weekend in Berlin, Jeffrey Bruma will now face two of his former clubs on back-to-back weekends. Following Sunday evening’s Carnival home game against Schalke, Mainz will face Wolfsburg exactly a week later. However, the experienced centre-back is not focused on this footnote to the upcoming games, and has already moved on from his unfortunate own goal in Berlin. After all, the 28-year-old has a set plan to complete with his teammates.

“I knew that I wanted to get back to playing regularly,” said Jeffrey Bruma on Thursday afternoon, when asked whether making the move to Mainz was an easy decision for him. After all, there were several clubs who had expressed interest in Bruma, include others within Germany. But, his discussions with the head coach and sporting director quickly confirmed that his decision to join the Zerofivers would be the right one for him. “I let my gut feeling decide. Also because I know that there’s a fighting spirit within the team here. I can identify with that,” said Bruma, who has also been capped 25 times by the Netherlands. “Mainz were often not pleasant to play against, and I think that has to be our aim in every game. Our opponents need to realise who they’re up against. Football is not just about beautiful build-up play; it's also about getting stuck in. That’s an important prerequisite for winning games,” Bruma said, with an eye on the upcoming match against Schalke, the side he suffered a 3-0 defeat to at the OPEL ARENA on loan during last season’s Rückrunde. “I’m taking the same approach to our next two games as I always do. It’s not about my former clubs, but rather about picking up points with Mainz.” Against Schalke, Bruma is expecting nothing less than a “fiery Sunday night game that both teams will be looking to win.”

Fine tuning and a joint aim in mind

Nearly two weeks after having joined the club, Bruma has been able to integrate himself within the squad and has only positive impressions to report from Mainz, where his girlfriend and son have moved into an apartment provided by the team, as well as within the squad. “So far, things are going well,” he said. “I’m happy that I was able to play in Berlin. We needed three points, and managed to take them. That was extremely important, as was the team’s performance. We can still get better, but the win was an important step for us.” Within this short period of time, Bruma has been able to absorb the fundamental principles of Achim Beierlorzer’s coaching staff. Now it’s about making those final adjustments to certain areas, such as maintaining the correct distance between his teammates on the pitch. All this is taking place within the framework of the team’s clearly laid out goal: “At the end of the season, we want to celebrate staying up. That’s also why I’m here; I want to stay healthy and do my part,” said Bruma.

The veteran player has already moved on from his unfortunate own goal on his Mainz debut in Berlin. Especially as he had no chance of moving out of the way of Dedryck Boyata’s header in the closing minutes of the match. “We sealed the deal afterwards, which is the only thing that counts,” he said. What’s more, the defender is not the kind of person to dwell on the past. “I tend to only focus on the future,” said Bruma, who will now spend his second Rückrunde in a row away from his employers Wolfsburg. “Just like football, you can’t plan out your career. You have to take the setbacks that come, stay positive and find a solution.” In this case, the solution came in the form of Mainz 05. Based on the manner in which Bruma is approaching the task at hand, those at the Bruchweg will likely be able to benefit from it in the months to come.