Bruma: "good to know we have a game again"

Jeffrey Bruma ahead of the restart: quarantine in the hotel and the feeling of having an aim again. 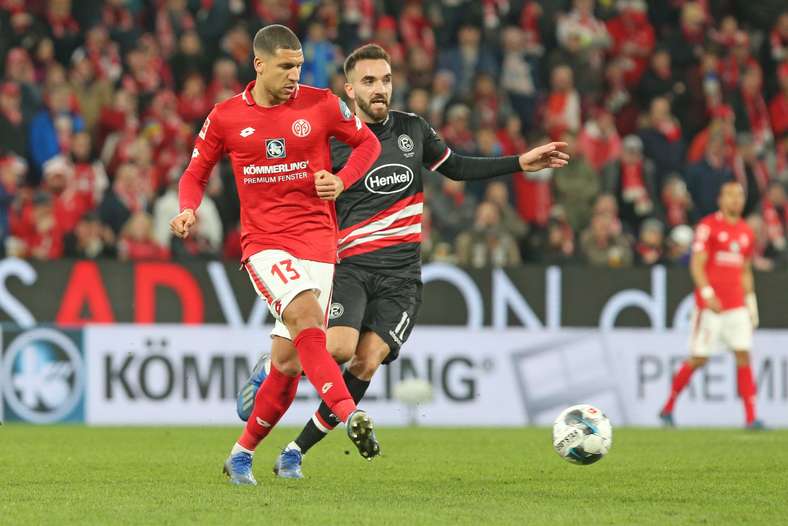 It's been two months since the Zerofivers played Fortuna. Bruma & FSV are back this Sunday.

Recent weeks have  been a little lonely for Jeffrey Bruma. The 28-year-old, who will remain with the Zerofivers on loan from WfL Wolfsburg until the end of the season, has been living in the team hotel for the past two months. More or less alone.

What’s it like to have a whole hotel pretty much to yourself? "It’s an absolutely absurd situation," the Dutchman said. "Very unusual. But my family have been here a lot and gave me a bit of company." Still, it’s been a tough time. "Obviously it’s been a bit boring. You can’t really do a lot. I’ve had to get through it. I’m happy that it’s all over now."

The quiet is gone from the hotel now. The whole squad and coaching staff have moved in for the quarantine ahead of the restart this weekend. “Now I’ve got a few friends here,” the centre back said with a grin.

"A clear goal to work towards"

The team now has a total of nine training sessions, with which to best prepare for Sunday’s fixture against 1. FC Köln. "It’s good to know that we have a game again this weekend. It gives a clear goal to work towards." For Bruma, it’s a good feeling to have a concrete date for the restart, after so much uncertainty. "Now we’re back at it and we all know what Sunday’s about."