More reaction from the 1-1 draw away at Union Berlin. 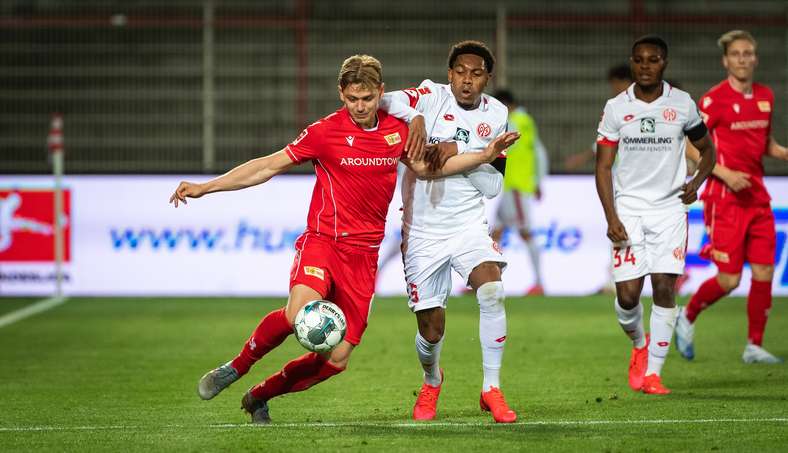 The 1-1 draw away at Union Berlin did show some areas of improvement for the Zerofivers, but the team couldn’t make their one-man advantage or their domination of possession tell. “At he end of the day, it’s two dropped points,” Rouven Schröder said afterwards.

Fortuna Düsseldorf’s win over Schalke has reduced the gap between the Zerofivers and the relegation playoff place by one point. But Frankurt, Union and Augsburg remain within touching distance, so it could all change over the course of the coming weekend. “We know what the situation is,” said Achim Beierlorzer. “The task at hand hasn’t changed. But it’s also clear that a draw doesn’t really get you anywhere. We’ve got six games left, and we know that we need to approach each game like we did in Berlin.”

The three points almost looked a certainty early on. The team was compact, shut down the spaces, limited Union’s feared widemen, won the ball back well and move it around the park with great tempo and sharpness. “We managed to get into the box every time we played combination football. Like when we went ahead; we were able to play a deep ball from space.” Leandro Barreiro won the ball in space from Marvin Friedrich and passed to Robin Quaison. Barreiro kept running towards the byline, and was hit in stride by Quaison. Mainz’s young Luxembourger got his head up and picked out Ridle Baku in the box, whose low driven shot nestled in the bottom corner. “Super ball in, super goal. Really well worked. Just like we planned,” praised Beierlorzer.

But such attacks were few and far between. Not least because the hosts grew into the game, and got themselves level through a Marcus Ingvartsen freekick. “A setback. Annoying,” Beierlorzer said, “because Florian Müller should’ve held the ball, stayed in his corner and not guessed which corner it would go. And because it really wasn’t a foul. There was contact, and Christian Gentner took that contact.” Jean-Paul Boëtius committed the foul on the Union man. “It was my mistake,” Müller said afterwards. “I took a step behind the wall, I never normally do that. It wasn’t a good idea.”

But Berlin showed a bit of shakiness before the end of the half. Robert Andrich was shown a second yellow card and the home side went down to ten men. With one man extra, Mainz dominated the second half. “But we had a hard time breaking down this wall,” Beierlorzer said. Jean-Philippe Mateta had a wonderful chance to put the Zerofivers back in front, but couldn’t capitalise on a fine pass from Taiwo Awoniyi and his chip went over the bar. “We needed to take that opportunity  in order to go in front, take hold of the game and score a third. We couldn’t do that, which is a shame,” said FSV’s sporting director. “Unfortunately, we looked awkward on the ball. We should’ve moved Union around more.”

At least the team’s attitude was right. “We had hoped to match Union’s fight and physicality, so I can praise the team for that. They also defended well from set-piece situations, like corners and freekicks from out wide. The team has taken that on board from our training. Overall, I’m happy with their willingness, their engagement, their ambition and their will to win,” explained Mainz’s head coach.

On Saturday, Mainz return to the OPEL ARENA for a clash with TSG Hoffenheim. “We shouldn’t dwell on it now, but stay at it with the same energy, keep our chins up, improve and go for three points at home,” Rouven Schröder said.