Beierlorzer: "The counter was the turning point" 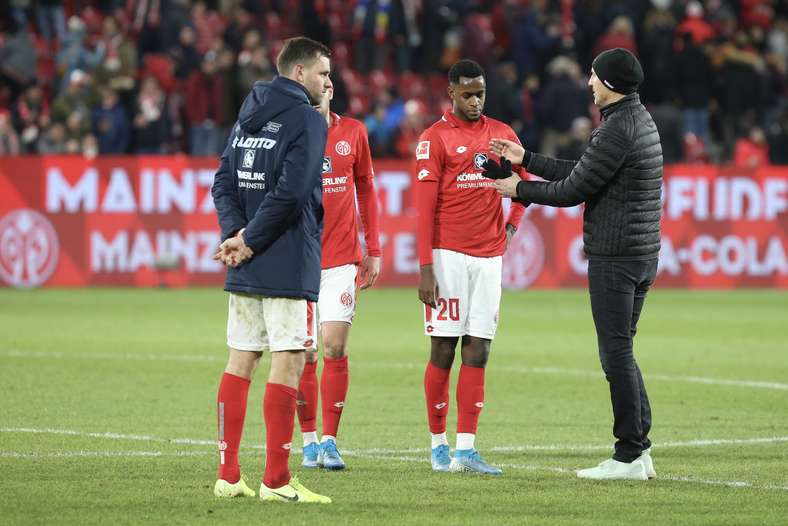 Beierlorzer couldn't guide his team to a victory over the heavily-favoured Dortmund.

Achim Beierlorzer: “Today, we played against strong opposition and deservedly lost. Our plan was working in the beginning. We were aggressive and won the ball back well. We were able to get up the pitch a couple of times, but weren’t dangerous. BVB showed how flexible they can be. They created space and constantly had men over in attack. We couldn’t recover and they put us under enormous pressure. When the pressure is that high, you concede. The fact that it came from a corner is annoying. We started the second half well too and looked to put balls into the box. Unfortunately, we lost the ball and they countered to make it 2-0. This counterattack was the turning point. We have to shake it off and get points on Tuesday. The team tried today, I can’t reproach them too much. However, there are things to work on, of course.”

Lucien Favre: “At the start of the game, we had trouble winning the ball. Mainz were aggressive and pressed hard. It got a lot better after about fifteen minutes. We had more possession and played well. We had a lot of chances and went in 1-0 up at half time. We wanted to up the ante after the break; we found space and scored the goals. We played well.”