The Zerofivers want a repeat performance of the Hertha game and get all three points against Schalke 04. 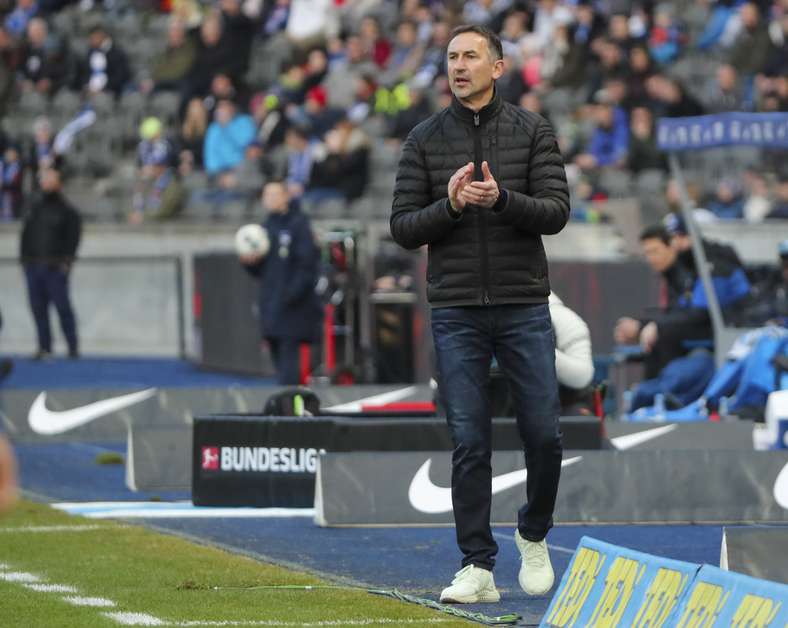 "It’s not about individuals. It’s about the team, it’s about Mainz 05" - Beierlorzer.

The mood in the camp is much more relaxed after the Zerofivers’ 3-1 away win over Hertha BSC, and the opening of a four-point gap between Mainz 05 and the drop zone. Spirits were noticeably lifted in the first training session of the week. “Wins always do something to a team. Of course the lads are in a good mood. The win’s done us all a lot of good,” Achim Beierlorzer said in his media rounds at Bruchweg.

“I win like that is a baseline thing, because we need points,” stressed the Mainz head coach. “But wins are also confirmation of the fact that it’s not also close, but that, this time, we won convincingly.” Before the game, Beierlorzer had demanded that his team make a big stride forward in regards to being constantly switched on. The Mainz head coach said that, as far as concentration goes, the performance in the Olympiastadion was a good one. The goal conceded at the death was largely unavoidable. In spite of that unfortunate deflection from Dedryck Boyata’s header, loanee Jeffrey Bruma’s Mainz debut was a good one. The Zerofivers’ defenders put in a convincing performance, and where stable and compact. “We were aggressive and showed a lot of desire. The lads played for each other. That’s how you win,” said Beierlorzer.

“It’s not about individuals”

Beierlorzer got his tactics, selections and substitutions just right, for which Pierre Kunde Malong, Jean-Paul Boëtius and Jean-Philippe Mateta had to drop to the bench. He cancelled out Hertha and limited their possession and goalscoring chances.”It’s not about individuals. It’s about the team, it’s about Mainz 05. We made it clear to the team that it’s now about everyone. So some players had to I’m expecting an upturn in form, and all the players to say; ‘I’m going to stake a claim and show the coach that I’m the right man to start.’ The competition for players will give every player that extra motivation,” said Beierlorzer.

The Mainz head coach went on the say that it’s up to the players themselves. “Football’s actually quite easy,” he said. “The players who assert themselves on the pitch can convince the coaches that they have to play. This is earned in matches and above all in training. That’s the way for everybody to make it. If a player doesn’t make the right decision, then it definitely doesn’t help them further. He said that he also knows that he will need every player in this relegation battle.

“It would now be good for us to put in a good performance at home. That’s the wish,” the 52-year-old said. On Sunday (18:00 CET), Mainz welcome Schalke 04 for the carnival game at the OPEL ARENA. The plan is put in the same performance. “We defended and attacked well in Berlin. We played good football with the ball and on the break. We played some impressive stuff.” Beierlorzer explained that in the game in the Hinrunde, which the Royal Blues won 2-1, Schalke caused issues for the Zerofivers with their aggression. Mainz couldn’t find a way into the game.

“the step that we want to take now is simply to be constantly compact and ready, to put in more hard yards than our opponents and play with a higher tempo. That is the basis for bringing our quality to the pitch. We’ve found a good structure within the team and want to convert that to a good performance on Sunday.”