Beierlorzer: "Pleased with the performance"

Both head coaches spoke in the wake of FSV's 1-0 home defeat to Bayer Leverkusen. 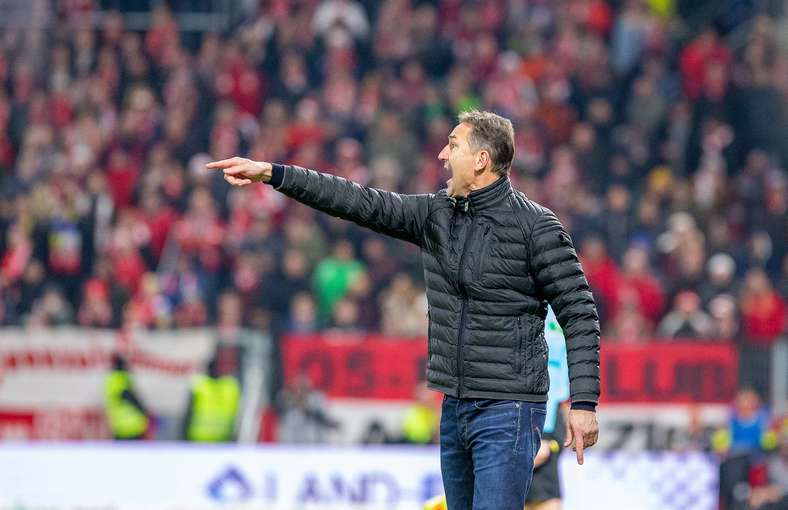 Beierlorzer was disappointed with the result, but happy with his team's performance after the defeat to Leverkusen.

Achim Beierlorzer: “Undeserved. That is the key word today. I saw my team put in a great performance from my team today; we matched Leverkusen today. We had some really good opportunities in the first half, especially Robin’s chance. It would’ve helped if we’d have taken the lead. The game was more open and hard-fought in the second half. We did well without the ball and had a lot of opportunities to counterattack. After they had a man sent off, we were well in the game. We should’ve been more clinical in front of goal. Losing the ball in injury time was unnecessary, we had a man over and counters should’ve been easy. We had to be smarter there. But I am pleased with the performance. We‘ll take it into the winter break. A victory for us would’ve been deserved, but football is like this sometimes.”

Peter Bosz: “That was a crazy game from my point of view. Even though it was 0-0 for a long time, a lot of goals went in. We were poor in the first half and struggled to play our own game. That had a lot to do with the opposition, who were aggressive and physical. They did really well. In the second half, we switched to three-at-the-back and played a lot better. Bringing Alario on for Retsos was a bit of a risk. When we had a man sent off, we thought that we wouldn’t be able to do it. But we were brave. A crazy game that had a lot of disallowed goals. We were really relieved to score at the end. I have to praise the team a lot.