Beierlorzer: "It was a very bad game for us"

All the post-match reactions from the game in Düsseldorf. 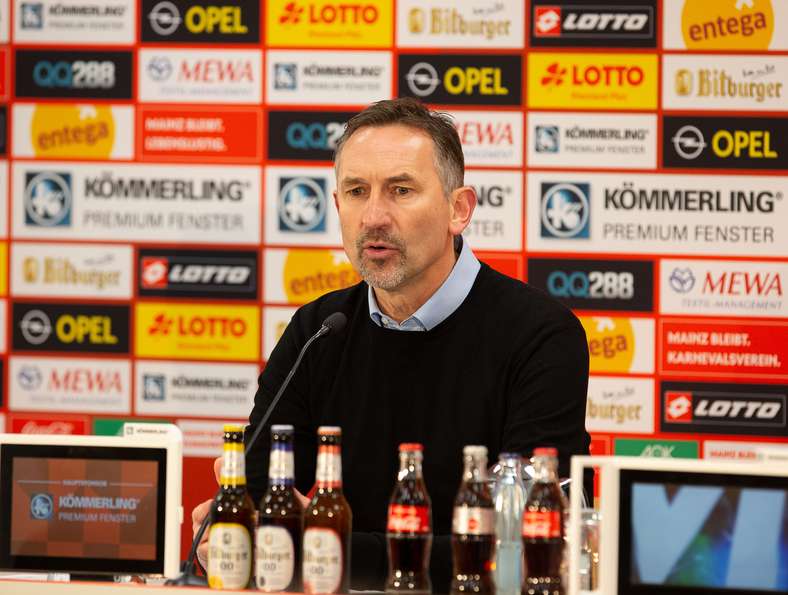 Achim Beierlorzer spoke about Mainz' poor performance after the match.

Achim Beierlorzer: “We struggled in the final third today, and we didn’t have very many good passages of passing play. In addition, we had several individual mistakes, and we were making several bad passes, some of which were at knee-height. It was incredibly difficult to get into the game. We switched formations in the opening first half, because we needed to be more defensively stable. Our attack was the biggest problem. In the one instance where we actually played well, we took the lead. The equaliser really makes sense, because we shot ourselves in the foot in the build-up when Jeffrey Bruma tried to take the ball off of Florian Müller. It was a very bad game for us, but we have taken a point regardless. The distance between us and the relegation zone remains the same, but we have to do better next week.”

Uwe Rösler: “It was a good reaction from us after our cup game midweek. We ran three kilometres more than our opponents, which was impressive. Mainz switched their system around several times, which showed how good we were today. We also performed well mentally, and reacted well to conceding. There are many positives to take from this game, despite the fact we didn’t win. We only let them have three shots on goal, and they all came in the second half. I’m proud of my players.”

“We made many individual mistakes.”

Rouven Schröder: “I want to be clear. We didn’t play well today, of course, but we can’t fault anyone’s commitment. We didn’t get into the game well and every Düsseldorf move caused us to lose confidence. It was a strange game. It has to be said that one point is all we deserve from the match. We need to be better in other games.”