Beierlorzer: “Football never fully relinquishes its hold on you” 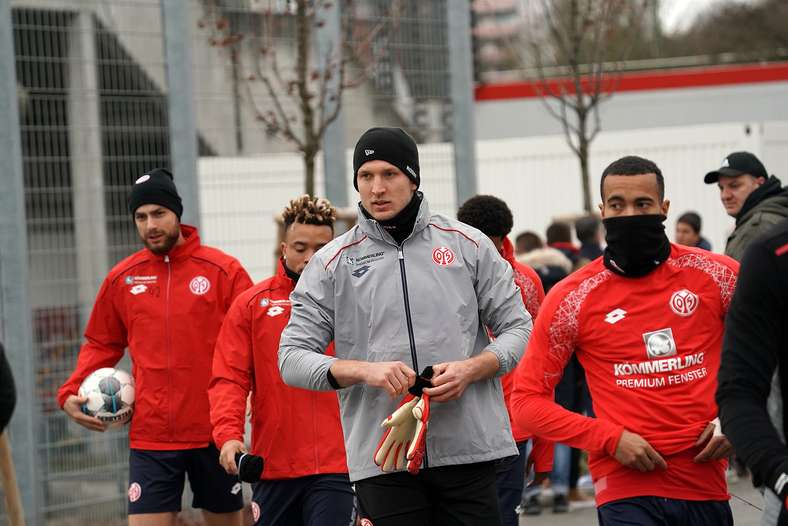 After 13 days off, the Zerofivers returned to training on Friday.

The Zerofivers headed to Estepona, Andalusia, for winter training camp on Sunday. Not on the plan for the week-long training camp were the usual separate team building exercises, head coach Achim Beierlorzer shared following his side’s first training session of 2020 on Friday afternoon. He added that his players had already demonstrated this year “that every training session includes team building.” Beierlorzer continued, saying “The lads are highly motivated and want to win every drill. That has an extremely positive impact on the sense of togetherness within the team.”

Exactly 13 days have passed since Mainz’s last match of 2019, which ended in a 1-0 defeat to Bayer Leverkusen at the OPEL ARENA. The break has done “a world of good,” Beierlorzer said. “It’s important to look inwards. I enjoyed the feeling of waking up each morning and not having any plans.” But, the head coach added that “Football never fully relinquishes its hold on you.” As a result, it was important for Beierlorzer to enjoy the break, and to take advantage of time at home with family and his two dogs. “From now on, things will start to ramp up once again,” he said. “Our training camp plans are already set.”

However, neither the team - who were all given individual training plans for the short break - nor the head coach were allowed to slack off completely during the holidays. After all, there’s not much time left to prepare for the opening match of the Rückrunde against SC Freiburg (18th January), or the following games against Borussia Mönchengladbach (25th January) and FC Bayern München (1st February). “We want to continue on the path we’re on and consistently deliver strong performances like we managed against Bremen or Leverkusen,” said Beierlorzer. “Two weeks is not a lot of time, but it’s still important to continue working.”

Putting in the effort to reap the rewards

“We want to become more stable at the back, and continue to improve the speed of our counters, along with using our momentum when we have possession to push forward” Beierlorzer said when asked what things he’s looking to improve on within the team. Despite having the goal of staying up in mind, Beierlorzer is focused on developing the talented squad at his disposal. The recipe for success is an easy one, according to the head coach: “Conceding less goals, scoring more and winning as often as possible. We want to put in the effort during the Rückrunde and reap the rewards.” The team proved their willingness to adhere to the coach’s philosophy during Friday’s intense start to the year at the Bruchweg.

In order to remain game ready, Mainz will play two friendlies during the winter break against FC Emmen and Borussia Dortmund, in addition to the team training sessions. Both Stefan Bell and Danny Latza have yet to return to team training, although the latter did participate in running practice recently. Dong-Won Ji could be an option, after delivering a “positive surprise” to the coaching staff following his return to team training.

The Zerofivers will still take part in some team building exercises during their winter training camp, said Beierlorzer, who added that he was looking forward to the week together. “Every training camp is an example of team building, after all, and offer the chance to get to know each other better,” he said. The final public training session ahead of the trip to Adalusia will take place at 10:00 CET at the Bruchwegstadion on Saturday.