Beierlorzer: "back to the roots"

Achim Beierlorzer & Rouven Schröder in the digital press conference ahead of FSV's rearranged away fixture in Cologne. 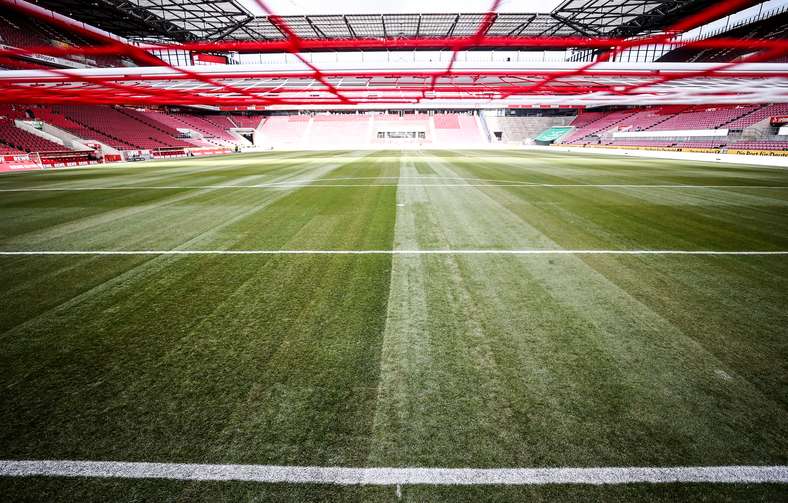 Under normal circumstances, the weekend would have been the final matchday of the 2019/20 season. However, the Bundesliga was shelved for two months due to the corona pandemic. The restart begins now, with a view to completing the remaining nine matches of the campaign. 1. FSV Mainz 05 get underway against 1. FC Köln on Sunday (15:30 CEST), 66 days after it had been due to go ahead.

This is a new and extremely unprecedented situation, and has only become possible thanks to the implementation of strict guidelines. “We really want to play the season to its finish. That’s our goal, and we’ll do everything we can to reach it. And I’m utterly convinced that this will happen,” Rouven Schröder said in Friday’s press conference, which was held without anybody in attendance.

The Mainz sporting director explained that the desire for what’s to come is clearly very prevalent. He explained that there’s great anticipation around the club; “close testing has shown that we’re all negative and healthy, and that we’re doing things right. Now it’s all about getting being allowed to get back to the job that we’ve chosen to do. We’re looking forward to the game, unfortunately it’s behind closed doors. We have to accept that. We’re keeping all of the guidelines in mind, and will humbly go about implementing all of these.”

Mainz’s head coach, who was employed with Sunday’s opponents at the start of the season, also emphasised the air of anticipation surrounding the Bundesliga’s return. “With their medical concept, the DFL has managed to ensure that the Bundesliga is the first big league to restart in the world. We know that we’ve got a lot of responsibility. Everyone wants to be responsible and show the critics that a lot is possible, and that the DFL’s concept could be applied in other areas.” Beierlorzer thinks this task will be a big challenge. “For us it’s all about performing out on the pitch against Köln. We want all three points, that’s what we’re doing this for. Our sporting goal is to win the match. We want to get off to the best possible start and recapture the form of our best games this season.”

Beierlorzer went on to state that it will important to maintain focus, although there’s a different way of going about things at the moment. “It’s important that we focus on our own performance, and get stuck in. That’s the desired mentality. And the team is really excited. It’s what we’re training for.”

Having a great game

Beierlorzer said that playing all of the remaining matches behind closed doors isn’t exciting for anybody. “Because that wasn’t the plan. Now we need to see to it that we have a great game. That’s the main thing,” explained the Mainz boss. Schröder then added, “when you’re a footballer and want to win games, the excitement is the same and you need to perform well against your direct competition. It’s like playing in the street or in the park as kid.” He went on to explain that, in any case, he felt that the team was totally willing to go out and “get the points for Mainz 05.”

Beierlorzer has a wealth of personnel at his disposal. 28 outfield players are fit, and only stopper Robin Zentner is missing from the goalkeepers. He said that competition for places has been fierce during preparations. Beierlorzer will have to make do without Jean-Philippe Mateta though, who misses out through suspension. “During training, we managed to play a full 11 v 11 match. In addition, we were often able to play through various match situations in large formations, so that everyone could make a case for himself and we could finetune the tactics. That was a really joy. I think the mentality is there. Every player is fighting for his position. It’s important for the players, who are starting, to make the best from the situation and get back to playing their own game. ‘Back to the roots’. Those who do it best and don’t worry so much about everyone else and the guidelines, they have the advantage,” emphasised the Zerofivers’ head coach, who, after a late rule change, will be permitted to make five substitutions on Sunday.