Beierlorzer: "Absolutely serious in how we approach every game" 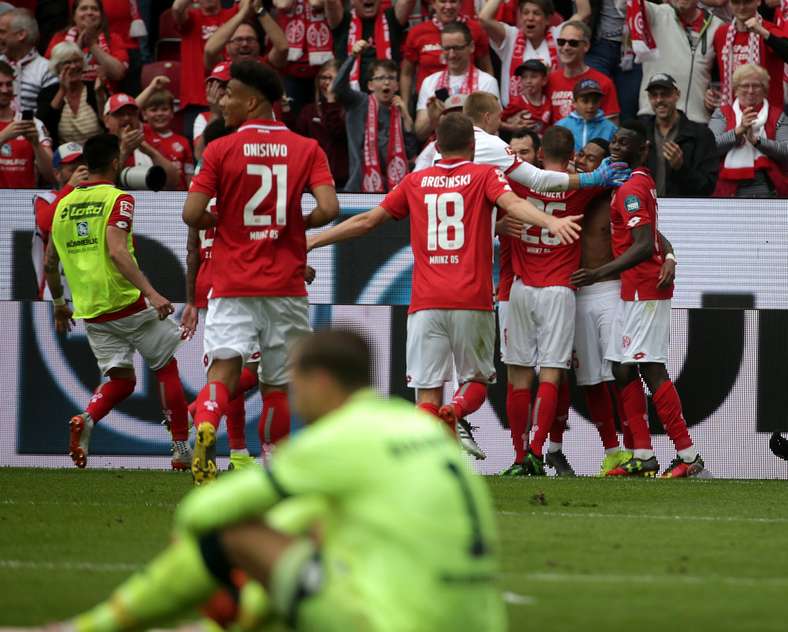 The disappointment of just taking a single point against Union Berlin on Wednesday will play as small a role in preparations as the fond memories of Achim Beierlorzer’s first game as Mainz boss. Though, the Zerofivers romped to a 5-1 in Sinsheim back in November, and will want to rediscover that form as they look to a home fixture with TSG Hoffenheim on Saturday (15:30 CEST). Only the aim remains the same: “chuck everything at it, in order to take three points,” the boss encouraged in his press conference on Friday afternoon.

The current situation in the lower echelons of the Bundesliga table is thus; the Zerofivers are one point ahead of Fortuna Düsseldorf, who currently occupy the relegation playoff place (five points ahead of Werder Bremen) and will take on FC Bayern this weekend. “I don’t know whether Düsseldorf need to be mentioned explicitly. Düsseldorf, Bremen, Frankfurt, Augsburg, Union. There are quite a few teams that a far from where they’d like to be. Us included,” explained Mainz sporting director Rouven Schröder. Mainz’ competition all face some tough tasks away from home this matchday.

“The situation is in our hands. We now have six games left to survive. It’s a great feeling to do it of your own accord and not luck into it. On Saturday we have our next opportunity to show what we’re made of on the pitch. This is being demanded of each individual. The goal is to win the game with a great performance. We all need to do everything possible,” Schröder said.

You need energy in a relegation battle, and in the best case this has to result in an unburdened performance. “The team are being very self-critical. They know they should’ve won in Berlin. But it’s quite important that the team approaches this next task in a positive frame of mind.  We need passion and a good mentality, team spirit and togetherness. It’s all there. We’ll have to bring it. Every member of our team knows how important it is. And they all need to motivate themselves to the extent that no outside motivation is required. We know exactly what we can achieve and how we can do it.”

Beierlorzer wouldn’t entertain the idea of a final ahead of matchday 29. He said that a ‘final’ in the league is some way off yet. “But we need to be absolutely serious in how we approach every game now. Robustness and all other requires aspects need to present in a relegation battle. Of course spirits aren’t too high at the moment, that’s clear. But the team is really realistic.” FSV’s head coach went on to say that it’s important to face the situation in order to maintain good morale and thereby perform well. In every game. “If we do that, I’m convinced that we will take enough points. But the next game is always the most important,” the 52-year-old explained.

It’s natural that the lack of support from the home crowd will be felt now more than ever against such awkward opposition, but it’s a similar case across the league there’s no use complaining. “You can’t focus on how it would be in a packed stadium. There are no fans there with us. There are no spectators there,” Schöder emphasised. “That means that you as a player need to back yourself even more to pull through. Push yourself even more and block everything else out. That means; ‘I spur myself on an pull myself out of a tough spot.” That is the task.

Mainz’s head coach added: “we have no more excuses. There mustn’t be any lack of motivation for this game, and the remaining matches after that.