Back to training - passing, technique and football tennis 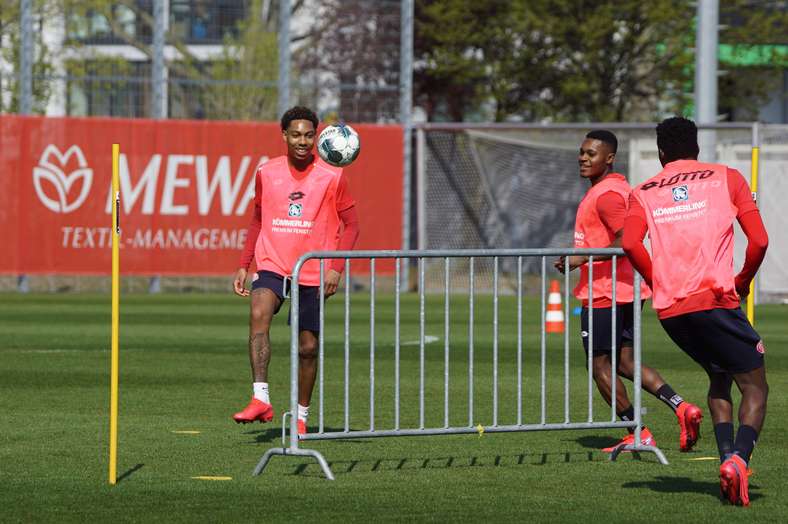 Back having fun with the ball: some one-bounce over the railings as the players keep their distance.

The players seemed to be in top shape as they returned to training on Tuesday afternoon. Each player had been working individually six days a week on their own training programme. Under strict rules a guidelines, the players had the ball at their feet once more on the training ground as they returned for the first time in over three weeks.

Passing exercises were first on the agenda for the boys as they worked on their precision skills, which were shortly followed by some technique training and a spot of football tennis. It was a welcome bit of work for the players who will have lost of bit of feeling for the ball, space and timing during their break which has lasted several weeks now.

Whilst missing having the ball at their feet was off course a huge thing for the players over this period, it was also nice for them to be back together as a group and to get back out on the pitch. However, due to government guidelines and restrictions, the players were forced to train in small groups. But still, they all seemed to having fun and enjoying themselves.