A WINNERS SMILE AT THE END OF THE DAY

The 05 programme on Thursday: A pitch session & anticipation of the duel with Liverpool 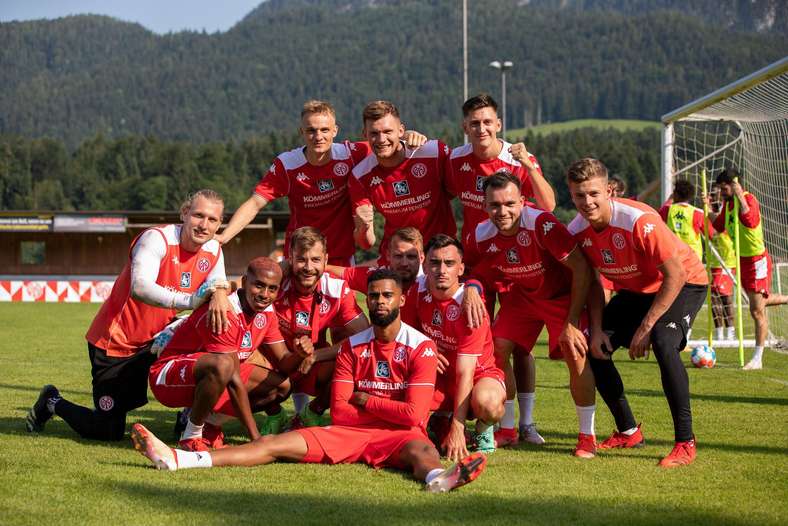 A little fun is a must! Just like the day before, 24 hours later - following the final session of the day late on Wednesday afternoon - a group of 05 players posed for the camera on the training pitch with a winning smile. The reward of hard, sweaty work, which Bo Svensson will also emphasise in the course of today. After all, according to the head coach the day before, all units should always reflect the maximum intensity required later in the league.

On Thursday, Svensson will ask his team to go to the training ground in Schwoich for the first time after breakfast and sweating it out in the hotel at 10am in order to work on the basic principles of Mainz's game. In the afternoon, they will work on their fitness in the hotel, away from the public.

While the Mainz team will be challenged twice more by the coaching team today, Friday will be the first deviation from the usual programme in this training camp. The friendly encounter with Liverpool FC and a reunion with Jürgen Klopp are on the agenda.

The match, which is sold out with 3,500 spectators and kicks off at 6.15pm at the GREISBERGERS BETTEN-ARENA in Grödig, will be broadcast on ServusTV (stream available on mainz05.de) and 05ER.fm. Beforehand, the 05 players will have completed a morning session before setting off on the team bus to Grödig at around 3pm on Friday afternoon.