A single draw in 12 months

Since 2004, no Bundesliga club have ever played out fewer draws within a calendar year than the Zerofivers did in 2019 - Schröder: Fully focused on preparations for the Rückrunde. 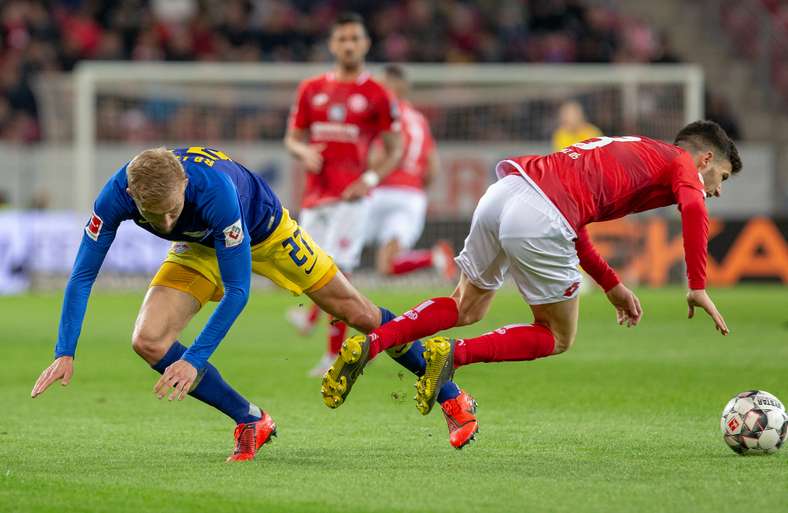 Just one minute less would have meant a draw for the Zerofivers in the home game against Bayer Leverkusen. In the end, the unlucky defeat on matchday 17 handed the Zerofivers another interesting record: since winning promotion to the Bundesliga for the first time in 2004, Mainz are the only club to have recorded just one draw over the course of a single calendar year. The memorable 3-3 draw against RB Leipzig, during which the Zerofivers came back from 2-0 down on the third-last matchday of last season remained Mainz’s sole draw in 2019.

During the 2010/11 season under then head coach Thomas Tuchel, the Zerofivers had yet to record a draw by the Christmas break, but found themselves in second place with 11 wins and six losses - another club record. In the second half of the season, however, Mainz shared the points on three occasions. In 2015, Bayern came closest to Mainz after recording two draws (each one draw in the 2014/15 Rückrunde and the 2015/16 Hinrunde).

On the right path

A glance at the stats since Achim Beierlorzer took over as head coach shows one clear difference from the team under Sandro Schwarz. Under Beierlorzer, it’s all or nothing. However, the loss against Leverkusen in the final match of 2019 still irritates all those involved. “It’s really frustrating, and it should not happen that we leave empty-handed after playing so well,” said Rouven Schröder. He added, “Simply put: the boys really wanted to win.” According to Zerofiver goalkeeper Robin Zentner, the team need to learn how to appreciate the value of a draw. “We need to recognise that if we’re not able to score at the one end, that we have to take home at least a single point,” Zentner said.

“Despite everything, you can see that the team are on the right path,” said Schröder. “That gives us confidence heading into the second half of the season, which we are approaching with a single-minded focus to set things right.” According to Schröder, the team have a lot of depth and quality at their disposal, which is evident to see. “We need to deliver strong performances and focus on ourselves. We have a squad that will only be strengthened by the return of our injured players, who will also help up the level of competitiveness within the squad,” Schröder said. “Those are the ingredients you need to play successful football. We’re working on achieving our first goal, which is maintaining our status as a top-flight team.”

Jean-Philippe Mateta has already returned to the team and scored his first goal in Bremen. New signing Dong-Won Ji started training before Christmas. Stefan Bell is supposed to join the Zerofivers' training camp in Estepona (5 to 12 January). All players have been given an individual running program with them on vacation, and one or two were a little more extensive as some players needed more work, as Beierlorzer explained.

The head coach didn't want to talk about transfers during this winter break. "We have a responsibility to all the players in the squad. If we have a player who hasn't been given a chance but we want to see his game develop further, it's our responsibility to give them a run in the team. But we do all this internally and go public if there is anything to say," said Beierlorzer, who will lead Mainz into the next decade of the Bundesliga. This is the first decade that FSV has consistently spent in the top league, and overall they've finished eighth for the decade with 439 Bundesliga points in 340 games, with a goal difference of 452 to 500.