A few too many on the pitch during pre-season

Planning for summer transfers and preparing for the season ahead under difficult circumstances – Schröder: “No one can be surprised” 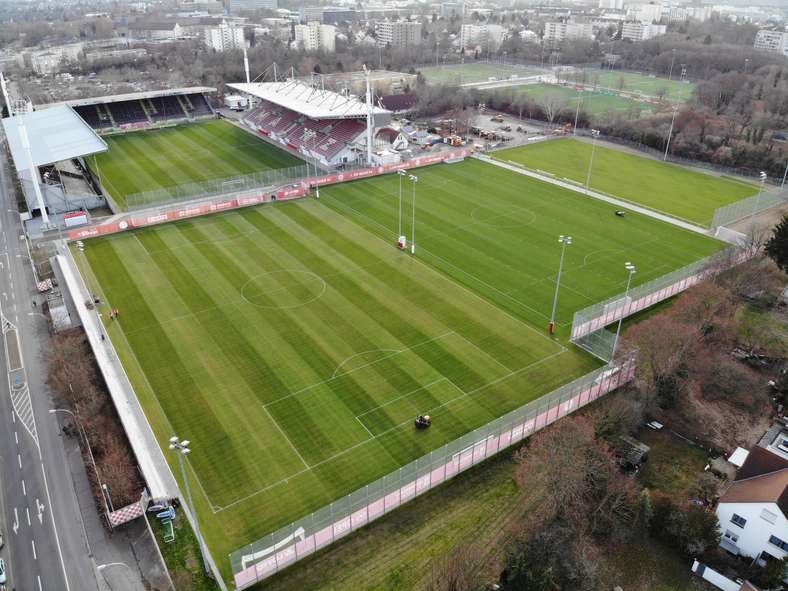 Training will resume at the Bruchweg by 10th August, at the latest.

As of Monday, the Zerofivers have been enjoying a well-deserved holiday following a long and difficult season. As of yet, there is no set date as to when the upcoming Bundesliga season will kick-off. “We want to return to training either on 3rd or 10th August,” said Achim Beierlorzer.

Before heading out on holiday, every player was sent an information package detailing their training plans for the summer break, along with a reminder on how they should conduct themselves. When exactly pre-season will begin will depend on when the DFL decides to begin the upcoming Bundesliga season. Currently, the weekends of 11th and 18th September are being seen as potential options. However, one thing is clear already: “No one can be surprised if we begin training again with a few too many players on the pitch,” said Rouven Schröder.

The impact on the transfer market

The situation surrounding summer transfers is just as uncertain. Although a few ideas have been tossed around, the July transfer market will likely not see as much action as previously expected. Schröder told the 05ER.fm podcast that there will likely be fewer chances to make changes to the squad this summer. However, he is not worried about this because “We know how this team works and we have already seen what they’re capable of. I am assuming that we will be planning for next season based on the squad we have, also because we currently don’t have any offers for any of our players.”

There will likely also be several cutbacks, given the ongoing impact of the Coronavirus pandemic. “We have come up with a scenario for ourselves in which we will act based on the conservative assumption that we will be playing behind closed doors, without other revenue streams and with fewer TV revenue,” Schröder said. The total budget for the team will be reduced as much as possible. Should there be any transfer revenue, it is likely that it will not be possible to spend these funds fully on further transfers. “Every player who signs or who has their contract extended will have to content with the reality that the offers will be significantly lower than they might have been before the pandemic. We need to make adjustments in that regard,” said the sporting director.

This will likely mean that Beierlorzer will begin pre-season with a much larger squad than initially thought. Alex Maxim, Ahmet Gürleyen, Aaron Seydel and Gerritt Holtmann will all return following the end of their loan spells. The Zerofivers had also previously announced the signing of Belgian centre-back Dimitri Lavalée during the January transfer window. Players who received professional contracts over the last few months will be integrated into the squad in order to continue their development. “We want to offer these talents a platform on which they can grow,” said Schröder.

That also includes academy players who have been able to establish themselves with the Mainz first team. Ridle Baku, Leandro Barreiro and Jonathan Burkhardt were all key parts of the Zerofivers’ successful campaign to avoid the drop this season. “We don’t even mention Flo Müller or Robin Zentner in this context anymore,” said Schröder.

What pre-season will look like, and whether or not the team will hold a training camp as they usually do, is still up in the air. “We will be dependent on the pandemic’s progress,” said Beierlorzer. “We will have to cut back on our usual programme.” The same goes for any future friendlies. Currently, teams are only allowed to play against sides from Germany’s top three tiers that have all been tested against the virus, or against teams from abroad that have also been tested. “We always want to play against smaller clubs from within our region in order to build connections,” said Schröder. However, this would be a huge undertaking. Both teams and their support staffs would have to undergo two rounds of testing prior to any friendly. For local clubs, friendlies of this nature are also only a highlight if fans are permitted to watch. “We are currently unable to offer that experience,” said Schröder, who hinted that the only potential opponents this pre-season would likely be Bundesliga, Bundesliga 2 or 3. Liga sides.