Mainz miss third goal in Munich and are punished afterwards - Courageous approach shows its effect, Svensson takes over as of Tuesday 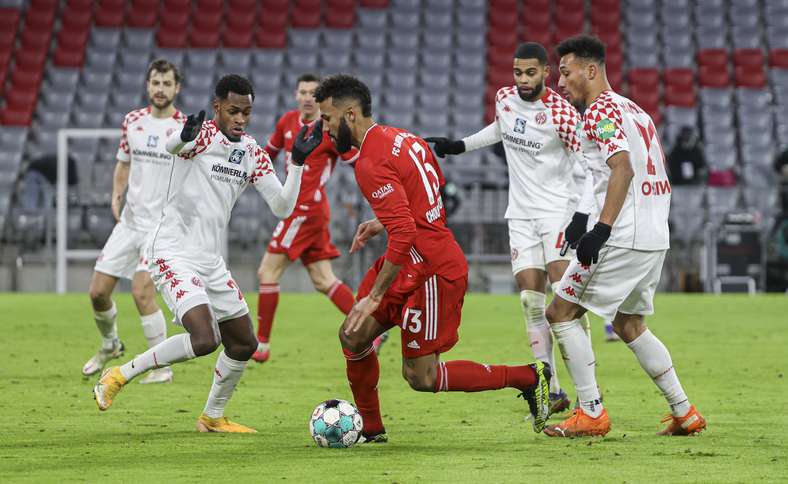 The fact that Mainz would face a tough relegation battle until 22 May, the 34th Matchday of the current season, was already clear before the game at FC Bayern Munich on Sunday evening. However, it was eagerly awaited to see to what extent the Mainz players would be able to take up this fight after the turn of the year and summon up the necessary attributes, whether at the league leaders or next weekend in the Rhine-Main duel against Eintracht Frankfurt. And the performance that the Zerofivers put in on the pitch in the ultimately still quite clear 2-5 defeat in the Allianz Arena certainly offers reason to look confidently to the coming weeks and months. For 50 minutes, the plan to stand up to the champions with their own means worked. The result was a two-goal lead, which in the end was not enough because Bayern turned up the heat after the interval and Mainz missed a great chance to make it 3-0.

Hopeless, hopeless, hopeless. Attributes like these were probably on the minds of many fans before the difficult task in the south of the republic shortly after the start of the year. However, interim coach Jan Siewert's courageous approach of not only defending but also looking for a way forward had an effect on the team. At first, Munich created few chances against the well-organised visitors, who narrowed the spaces between the defence, threw themselves into every tackle and made the hosts sweat time and again when Manuel Neuer had to intervene several times in the face of the quick counters from the 17th-placed team in the table. In the end, the Zerofivers had ploughed up the pitch for the first time in 2021, as recently demanded by Christian Heidel, had met Bayern on an equal footing for more than a half, and on top of that had repeatedly shown in their play that they did not naturally belong at the bottom of the table. Moreover, by the end of the game, Mainz had covered around six kilometres more than their opponents, had led, believed in themselves, fought, supported each other, ultimately lost by a clear margin, but could still leave the pitch with their heads held high.

All the Mainz players who took to the pitch at the Allianz Arena contributed to this and performed as a unit. Two homegrown players stood out in particular: Bundesliga debutant Finn Dahmen radiated self-confidence and calmness, acted flawlessly and defused several tricky situations. Jonny Burkardt kept the Bayern defence busy, ran tirelessly at the player with the ball and scored the deserved first goal. The 20-year-old's performance was a feat of will. The situation in which he, not exactly known as a heavyweight, forcefully cleared world champion Jerome Boateng out of the way and marked the 1-0 a few metres later radiated pure determination. Nevertheless, it was another scene 16 minutes later - in the meantime, Alexander Hack had even added the second Mainz goal - that will probably be remembered even longer from a Mainz point of view. Captain Danny Latza had appeared free in front of Manuel Neuer, so free that he himself was probably taken aback and instead of hitting the net, he hit the goal via the post. The rest is history, the Bayern train started rolling. Instead of 0-3, which would not have been undeserved at that point, it was 5-2 for FC Bayern a good half hour later. On paper, it was a win worthy of the league leaders.

But what interim coach Jan Siewert had told his team in advance, as announced and promised, came true in Munich from minute one. One team, one idea, one common goal. Annoying, tickling, teasing the champions - it worked. Only the reward failed to materialise: "It was an extremely intense game and we knew that we needed a good plan. We succeeded in doing that. It is extremely disappointing that Bayern scores and we don't make it 3-0 shortly before," said Siewert after the final whistle. "We knew that there are phases in which we have to suffer, but we also irritated them extremely. If we add the third goal, we have a completely different situation. In the end, though, you also saw the quality Bayern have." Nevertheless, he said, he was proud of the team, which had given its all and had by no means performed like a relegation candidate. "That was one of our best halves this season," said Dahmen, praising the performance of his front men with regard to the first half. "It was crazy how the boys fought up front, we pushed each other. We take a 2-0 lead, have a great chance to make it 3-0, but unfortunately Neuer makes a great save. Bayern played themselves into a frenzy, unfortunately we couldn't defend against that." In the end, the second shot to hit the post was also partly to blame for the development of the game, with Robin Quaison missing a chance to take the lead again for Mainz by just centimetres after just under an hour. The quality of the opponent was compounded by a good deal of bad luck this evening. In the ranking of hitting the post, Mainz are now third behind BVB and Bayern after this double strike. Mainz are well on the way to earning their own luck.

"We have to put everything into it and invest in the next few weeks. We have to do everything as a team to get out of the bottom. It looked promising," said an optimistic Siewert, who returned to his post as head coach of the Academy at Bruchweg on Monday. From now on, the responsibility for the fight to stay in the league will be born by the new head coach of the Zerofivers, Bo Svensson, who will lead the first training session in his new role on Tuesday afternoon: "We are very happy that it has worked out. He is the coach we wanted to install here and we think we can go into the next few years with him. He knows the DNA, has experienced coaches like Kloppo or Tuchel here and was my assistant in my first year here. After that, he went his own way up to head coach, he has now arrived at the top and has the reins in his hands. We want to look forward, but we want to take our roots with us," said sporting director Martin Schmidt on Monday afternoon.

Svensson will be officially introduced to the public at a press conference at noon on Tuesday (12pm CET, live on 05ER.tv).